As well as all the medical stuff going on there were frequent visits from a hospital case manager and telephone calls from my travel Insurance providers USA office in Chicago. I had the benefit of having Travel Insurance through my Lloyds Bank Current Account back in the UK but it was being handled for them by AXA Insurance Overseas Travellers Office in Chicago and they weren’t the most helpful of people considering as I was laid up in a hospital bed. They were requesting information from me such as, what was the ambulance man’s name ….. what was the exact location where the accident occurred ….. have you got a police accident report …….. how fast were you going …… did you have any alcohol ……  we want your flight details and copy tickets. …….  fax your passport and drivers licence to us …….. I was still in trauma and didn’t need all the hassle coupled with hospital admin staff asking for my Insurance policy documents. I They then informed me that if I could not provide the information then my Insurance claim could not be validated which in effect meant that the hospital would not be able to treat me further.

AXA Insurance hassling me in hospital.

In desperation I tried to contact my Bank manager in England but with an 8 hour time difference, I had to wait for a return call the next day. My bank manager did everything that he could do but was not able to swing matters in my favour and he was as frustrated as me. So I made calls to the Californian police and was given the accident location but was told that accident reports are not normally drawn up for at least 7 days.  All this was causing me so much stress and not helping my recovery. I even had a hospital worker bring in a list of local hotels for me to book for myself and they would provide free transport to get there! Wow so nice of them…. I was then offered a payment plan agreement  for treatment and room stay. I just couldn’t believe what was happening and all this while the American Government had to ‘Close Down’ over the Obama Health Care Plan situation. I enabled to earn some breathing space by having to sign a Disclaimer Form that was faxed to the hospital by AXA Insurance office in Chicago which in effect meant that I ran the risk of a massive hospital bill should the required information not be provided by me. This at least meant that I could stay in my room and receive nursing care. I was then passed to have a CT Scan on my leg as although x-rays showed no fractures I was in severe pain and the worry that I had internal bleeding and or ligament/muscle damage was weighing heavily on me. The CT Scan was done in the middle of the night and the results were favourable for me, so I course of painkillers were stepped up (probably because I had signed the disclaimer). In conclusion there still formalities to  complete and extra documents to provide such as my driving licence, bike rental agreement, passport and even confirmation of my flight arrangements. This is the first time that I have ever had to make a Travel Insurance claim and the whole process was and still is a nightmare. So much for that ‘peace of mind’ saying in the advertisements.

There is however a satisfactory ending so far as following my 6 night stay in Riverside Hospital and 1 night stay in the LAX Airport hotel (left alone all night with no assistance and at risk) have been repatriated back to my home accompanied by a travelling nurse and in British Airways Club World Cabin ( which was essential due to my leg injuries) from Los Angeles to London Heathrow and onwards to Manchester on the BA Shuttle flight with a taxi waiting to bring myself and the nurse home. I was left my medication tablet and blood thinner needles to administer blood until I am able to receive a home call from my GP after the weekend. I must say that Mary, the American nurse who accompanied me home was exceptional and gave me a great deal of care during my long transatlantic flight. On another note, my Luggage is STILL in AMERICA as the Insurance company said that they were only responsible for repatriating me and not my luggage, so  I will have to pay USA Mail $450 Dollars to get my stuff back by regular 14 day shipping. What a farce!!!  And I still have the threat of a HUGE BILL hanging over me if all the Information is not provided.

Early Repatriation Back to UK 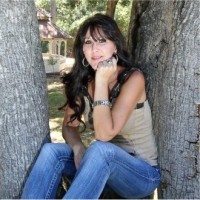 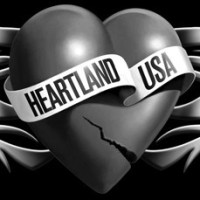 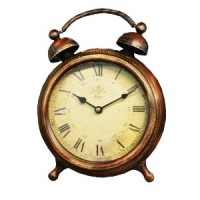 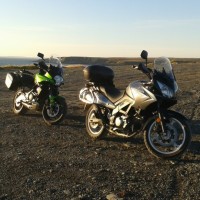 Planned End of Trip – To UK

Arrived Back Home in Meols

Are you sitting comfortably?

The Ultimate Custom Experience For Your Harley Davidson

The dusty bits of history undusted and presented to the unsuspecting public.

Motorcycling on the Ragged Edge of North America